This Recipe Is: Free of gluten, dairy, soy, eggs and nuts. It is also vegan.

Ok, I’m literally laughing at these waffles. Since last weekend, I’ve been a bit under the weather. Nothing major, but definitely stuffed up. So… I’ve reasonably tried to stay away from sugar and oil. Well clearly I failed. Like really, Emily? Did you have to make a waffle that straight up tastes like fried dough this week? You know you’re going to eat them all! These waffles though. These waffles THOUGH! UGH they’re incredible. I’m not exaggerating. They really are. Even my picky husband gave me a, “wow you nailed it” reaction.

Really though, jokes aside and my sickness aside, these waffles are out of this world. So fluffy and also nice and crisp on the outside. So flavorful from the coconut. Not too sweet, which is perfect for a waffle since you’ll probably be loading on honey or maple syrup. And really, they aren’t that junky. Yes I’m sensitive to oil at the moment, but look at the ingredients down there. They’re pretty clean, right? Yea!

They did oddly enough remind me off fried dough. They just had such a rich taste and such a yummy texture. The coconut flavor was not way in your face either. Which I liked. I could really go on and on but I just need you guys to make them! Really, you just need to make them!

Grain Free Biscuits & How to Use Cassava...

NEW BLOG POST UP! . I’m super excited about this

New blog post up on the site! 5 Nights of Dairy Fr

New blog post! Head to eatordrink.net to see it! .

We went apple picking 🍎 now I need to get bakin 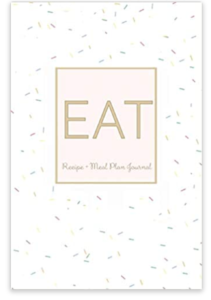